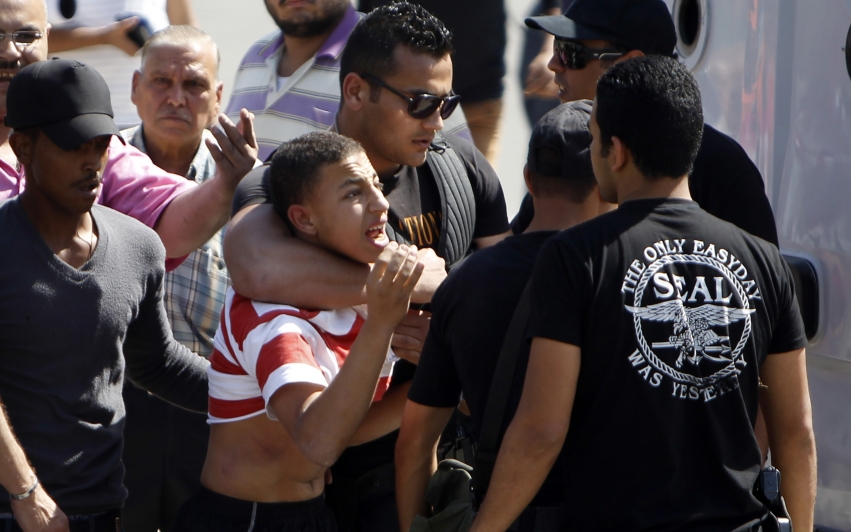 Plain-clothed riot policemen detain a student, who is a supporter of the Muslim Brotherhood and ousted President Mohamed Mursi, after clashes broke out during a demonstration outside Cairo University May 14, 2014. Photo: REUTERS/Mohamed Abd El Ghany

A new report from SAIH and the human rights organisation AFTE reveals more than 2000 violations of student rights and academic freedom in Egypt.

The report “Besieged Universities” was launched March 21 and documents grave abuses against students, student activists and student leaders in the country. It concludes that the Egyptian authorities have strangled a burgeoning democracy movement at Egyptian universities.

In total, 2318 violations of student rights at Egyptian public unviersities and the AL-Azhar University are documented in the report. Of these, 1181 are arrests and 65 students have been sent to military court. In addition, 626 students have been permanently expelled and 21 students killed by security forces in clashes with protesters. No offenders have been convicted for the killings.

The assaults of students must be seen in conjunction with other attacks on civil society and human rights activists in Egypt.

- There was enormous hope for democratic development after the revolution that took place in Tahrir Square in Egypt in 2011. While the world has looked another way, the military regime of former President Mubarak has been reinstated, says president of SAIH, Inga Marie Nymo Riseth.

The report is written and released in cooperation with the Egyptian human rights organisation Association for Freedom of Thought and Expression (AFTE). One of the report authors, Amira Abdelhamid, emphasizes that the figures do not give a complete picture of the extent of human rights violations.

- Anyone who has been following the political situation in Egypt during the last years understands that the extreme lack of democratic openness and corrupt juiridical system makes it hard - and sometimes dangerous - to collect data, she says.

The report is part of SAIH's political campaign that wants the Students At Risk (StAR) programme to become permanent. The scheme gives students who due to security reasons are unable to continue studying in their home countries, the opportunity to complete their studies at Norwegian universities.

President of SAIH, Inga Marie Nymo Riseth, underlines the importance of a measure that gives students at risk the possibility to continue their studies:

- Among the Students at Risk-students you find the forgotten heroes of the Arab Spring. With this year's campaign, we show solidarity with and cheer on the world's bravest students fighting for democracy and human rights.

Read more about the campaign and the new supporter's club for academic freedom. 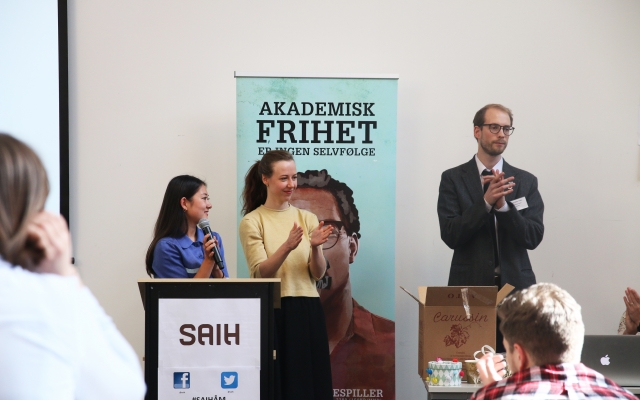