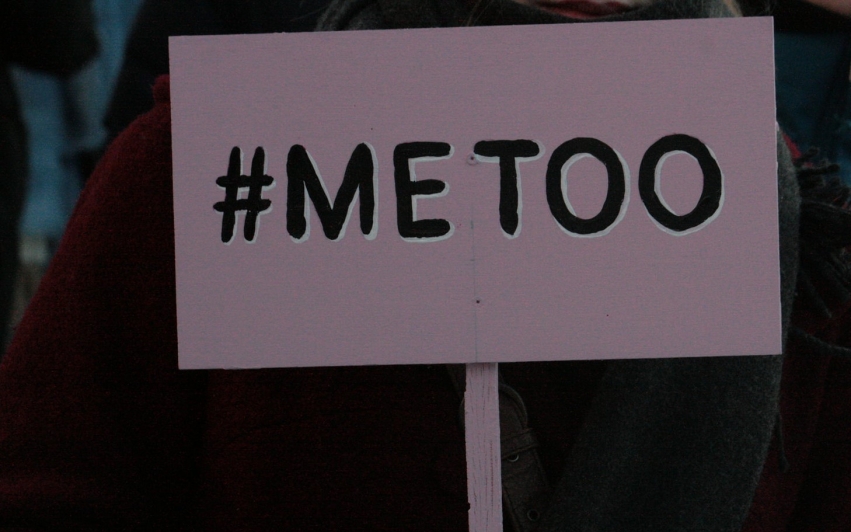 How is the #MeToo campaign reflected in South Africa?

The #MeToo campaign has sparked wide attention and debate in countries all over the world, especially in western countries. The #MeToo-campaign in South Africa, on the other hand, has flourished with the absent of high profiled people taking responsibility of their actions. No high-profiled person has this far resigned or been fired even though many women have told their stories.

The femicide in South Africa is five times higher than the global average, but sexism is continuing to be tolerated across the country. To understand the context in South Africa, the author and satirist Marianne Thamm has explained it quite well:

“We as women, as girls, must each day step into the world and deal with perpetual and constant clear and present danger. As you can glean from the #MeToo campaign, the abuse not only emanates from the unwelcome glances, touches and whispers from men we know or who are directly in out orbit. The fear is with us always, everywhere.”

“What is justice to me?”

We are sitting in the rustic and trendy offices of the 1in9 Campaign in Johannesburg, South Africa. 1in9 was founded in 2005 as a campaign to support Fezeka Kuzwayo, who brought a rape charge against then vice-president Jacob Zuma. Since 2009, SAIH has collaborated with 1in9, supporting activities such as leader training, discussion groups and campaigns.

One might think that with their background, the women in 1in9 have wished the social media campaign #MeToo welcome, but it seems as they value Terana Burke’s original thoughts more than the current #MeToo-campaign. Burke’s first reactions to the campaign was that “Social media is not a safe space. I thought: this is going to be a fucking disaster.”

It strikes us that it is difficult for black African women to make an American campaign their own, with their different realities and narratives. For the ladies in 1in9 the main focus is what is happening to these women after they speak out. Is there a safety net to fetch them? Can they handle the consequences? To them it is more important that the survivors of sexual violence ask themselves the question: “What is justice to me?”.

We had a chat with three of the women in 1in9, to hear their thoughts around #MeToo:

Pinky Scaps Zulu (31): “1in9 women are already sharing their stories”

Has the #MeToo campaign also become visible in your country? If so, how?
- I think people are going with the trending thing at the moment. The #MeToo happened last year, and now you don’t see it so much these days.

In your country, in what way is sexual harassment a challenge in society?
- It’s a challenge! In the society, it is a hierarchy. If my husband rape me, it is not rape. If an infant is raped, there will be some remorse. If a teenager or young adult is raped, there will be a lot of questions instead. Questions like “What were you doing there?”, “What were you wearing?”, “How were you acting?”, and so on. If you are a child or an elderly, there will be some remorse. So, there is a hierarchy in society. If you’re in class, wearing a mini skirt, you asked for it. If you’re a lesbian and being raped it is called correctional rape.

In your opinion, why is this an important topic to highlight?
- I mean, it is important for this movement to be highlighted. So the question is; if the campaign had started with a normal person who is not famous, would it have had just as big as an impact?

Do you think that the #MeToo campaign will help women here in South Africa to speak out about their stories?
-  In the 1in9 campaign women are already sharing their stories. It is a process coming out, you can’t just say #MeToo, there have to be some social worker or someone else that can help you when you open up that wound again. The women that don’t have internet don’t know about it. So the question is the campaign reaching the survivors in the fields, rural areas? Or is it just going to be a thing in social media? It could be good for the campaign starters to work with local NGOs to reach the survivors on the ground.

Sebabatso Patricia Mafisa (24): “Nothing you as a woman can do about it”

Has the #MeToo campaign also become visible in your country?
- Mostly in social media. The impact of the #MeToo has spread on a global scale and has created a reach. It is good that the campaign has spread that way – you see new faces and not just the popular faces when you speak about sexual harassment. Society, in a way, is also starting to discuss sexual violence and how it affects all of us. However, the steam has blown off. I don’t see that it is very likely with continuity on this issue here in South Africa.

In your country, in what way is sexual harassment a challenge in society?
- The actions need to be quite extreme in order for it to be a problem here. If I don’t like it if someone touches me like that, the other person won’t accept that he is doing something wrong. It’s the culture. There’s nothing you as a woman can do about it.

Do you think that the #MeToo campaign will help women here in South Africa speak out about their stories?
- It encourages many other women to start writing on their social media. For us in the 3rd world the issue of rape is connected with shame. So that is good. It makes it less shameful. But also, it’s already talked about in more spaces than just here in 1in9. Schools, prison, businesses, churches, and so on. Also, #MeToo has had a lot of movement in the arts industry. In the public spaces, I have seen at least two or three theater performances related to #MeToo. But it also expands on what the #MeToo potentially could be. It is getting recognition to the problem more and more. It is doing something!

Has the #MeToo campaign also become visible in your country?
- I think visible in terms of social media, but I am not sure what it sparked in terms of actions and debates and talks. We think it’s an American campaign. We have other things like “Rhodes University Reference List” - a “campaign” by female students who had been reporting cases of sexual abuse, and got tired that the university didn’t do anything about it. They wrote a list with all the perpetrators and printed them. Took action. This happened before the #MeToo. Similar things has happened before.

In your country, in what way is sexual harassment a challenge in society?
- A lot. In most times we don’t think of harassment and less obvious forms of violence as problematic. Being pressured into things without even noticing it. What we think as “normal things” is not really normal and okay. Because of the #MeToo campaign I have realised I was sexually harassed in university and did not realise it at the time. Universities and workplaces are common places for sexual harassment. It becomes difficult to report it: What if they don’t believe you? Everyone gets to know. Will your grade be affected?

In your opinion, why is this an important topic to highlight?
- Yes, it is really important, because it highlights the impact. I don’t think we realize how much people in power can misuse their power and money. The campaign neutralizes their power. If it’s out there and people hear about, it it’s harder to mute the survivors. It feels like it’s far away, in America, but how many people have seen that now?! Young girls see that people speak up and will find some kind of strength to speak about it. Young boys will see that they will not get away with it anymore. It shows the younger generation; you can speak out! It shows women that the they have ownership over their own bodies.

Do you think that the #MeToo campaign will help women here in SA speak out about their stories?
- I think so. Some of the stuff is only visible to a certain kind of people, but I think this campaign reaches more people that are not necessarily “interested” in these issues. They don’t have to go look for it as they maybe had to with the RU reference list and such. 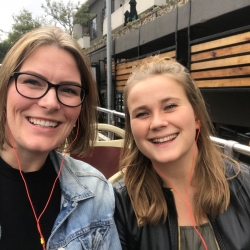 STILL TIL VALG I SAIH 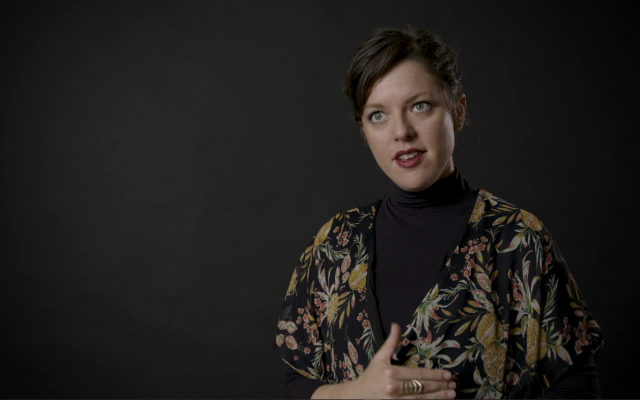 There is a global movement that are trying to hollow out LGBTI rights and are making efforts to eliminate critical knowledge on gender and sexuality diversity. 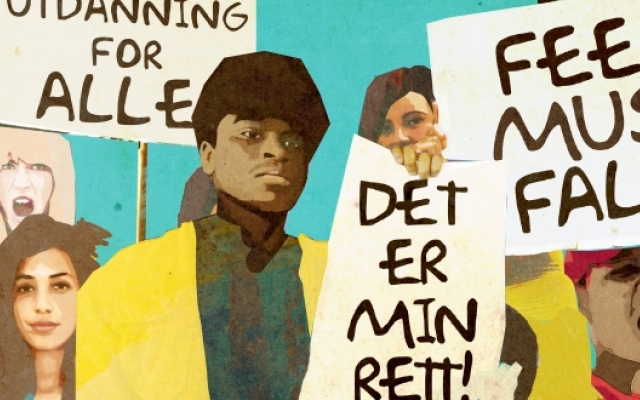