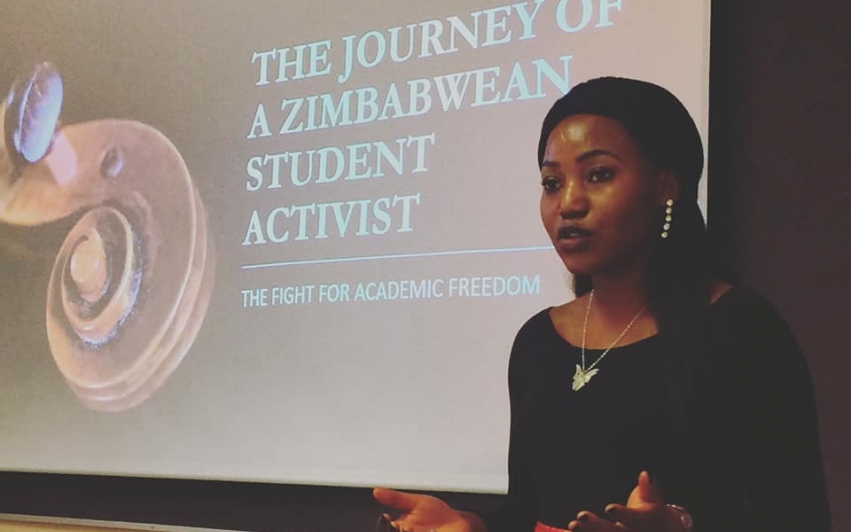 Standing up against inequality

The story of a student activist.

I was only 14 years old when I had my first encounter with the Zimbabwe riot police. We had been protesting with other high school mates for better conditions in the school when the headmistress called the police on us. This marked the beginning of my activism and I learnt that there is power in unity and numbers. It was no surprise that when I got to university, I joined the students’ movement and ended up in the School Representative Council (SRC) of Chinhoyi University representing students in the school of agriculture and female students in general.

If you refused to sleep with the lecturer, he would fail you and education being so expensive you could not afford to keep repeating courses. Under ZINASU, we managed to get two of the lecturers removed from the campus.

I joined the Zimbabwe National Students’ Union (ZINASU) in 2015, organised and participated in various campaigns together with other activists, championing gender equality within students’ rights to ensure the safety of female students amidst continuously dwindling economic conditions. We had cases of students being impregnated, infected and raped by lecturers because of what we termed the ‘thigh for a mark’ system. If you refused to sleep with the lecturer, he would fail you and education being so expensive you could not afford to keep repeating courses. Under ZINASU, we managed to get two of the lecturers removed from the campus.

Receiving threats and being constantly questioned on campus because of the campaigns we held increased our vulnerability and put us at the mercy of lecturers, police and secret government agents who were always seeking an opportunity to silence activists. Sometimes we faced the arm of the law where police came to us with tear gas, button sticks, and the whole anti-riot gear and all we had was our t-shirts and banners. I remember in 2016 during a general council meeting in Mutare we were having lunch and suddenly we were surrounded by the anti-riot police in their full amour. We were arrested and detained for four days for an undefined crime. When we were released, I had missed 3 major in-class tests and I was denied an opportunity to take them separately as some of the lecturers supported my arrest and were keen to make me ‘an example to everyone who thought activism was a good idea’.

(...)some of the lecturers supported my arrest and were keen to make me ‘an example to everyone who thought activism was a good idea’.

a chance to experience academic freedom

This incident, coupled with the continued victimisation, made it hard for me to continue studying freely although I defiantly continued defending the rights of students and speaking against abuse, injustice and inequality. I was therefore thrilled and relieved when I was nominated and got the opportunity to continue my studies at the Nord Universitet under the Student at Risk (STAR) program in 2017. Life has its own way dealing with situations, I had no idea that one day I would end up as a StAR student and get a chance to experience free education and academic freedom. This is something we were and still are fighting for, the chance to learn in a free and friendly affordable environment.

creating a safe space for women

As an activist, I find a lot of strength in the impact I have made by sharing my journey on different platforms. I am very happy that more female students are showing an interest in activism and are actively taking influential positions and effecting change. I have also opened an online platform, Inspired to Admire which provides a space for young women to share their experiences and stories whilst building a support network for personal growth. I am humbled by the type of stories I receive; most people say my journey has motivated them to effect change and seek justice and that for me is a wonderful step in the positive direction.

It is always important to give hope but also more crucial to provide solutions and an environment that is safe for people to express themselves, especially women. The main reason holding us back from progressing is the fear of what happened before and what could happen again, but we cannot spend our lives in fear. A lot of potential is locked within our communities especially women who are still feel inferior at times and don’t even realise it.

an empowered woman can rule the world

Before, my fear was being arrested and brutalised, now that it happened, and I survived I can say my greatest fear now is waking up one day and realising that the people just lost hope and gave in to oppression, therefore I work tirelessly on the Inspired to Admire project. I also support a project called Little Green Fingers where we aim to produce long term solutions through income generating projects, providing employment, motivating and inspiring women to keep on fighting for what is right. It is one thing to be a strong woman, but an empowered strong woman can rule the world. I still work with other student activists and I plan to continue my support even when I finish my studies. In my culture we are taught to never forget where we started from thus, we respect the grassroots.

The Students At Risk program

Students at Risk (StAR) is a program initiated by SAIH and was implemented as a pilot in 2015. The programme gives student activists who have been expelled, persecuted or imprisoned in their home country because of their political commitment to human rights and democracy development, the opportunity to complete their studies in Norway. A mid-term review of the scheme in 2017, came to the conclusion that the program has been a success. Student activists are given an increased leeway to disseminate information about the situation in their home country and the opportunity to make contact with civil society in Norway. In 2018 the Norwegian Foreign Affairs Committee decided to continue the programme until 2021. The struggle to make the StAR program permanent continues and we need your support. Get involved in the fight for students rights. 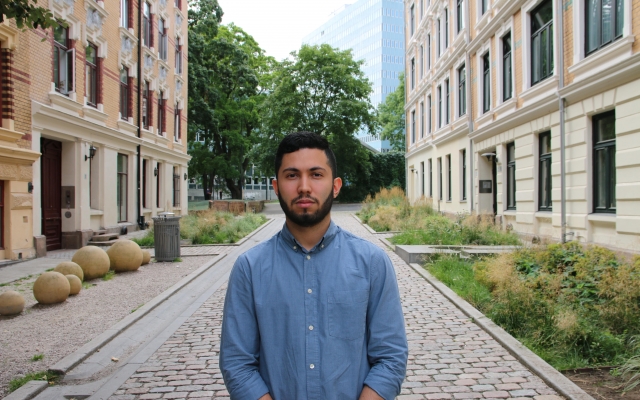 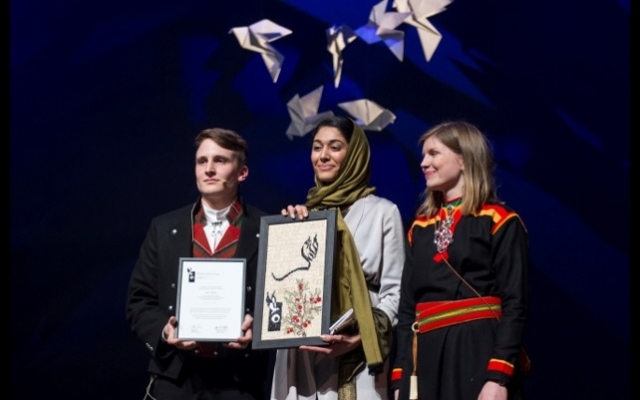 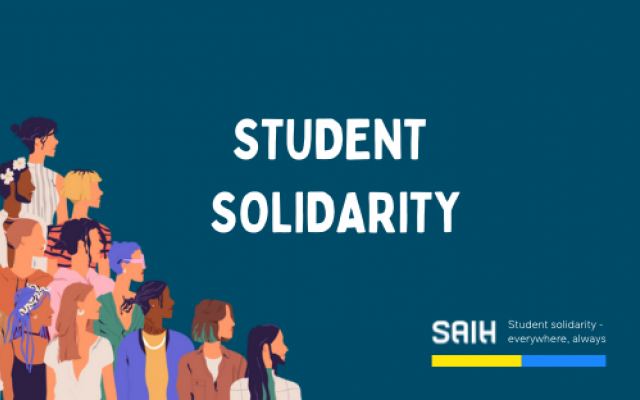